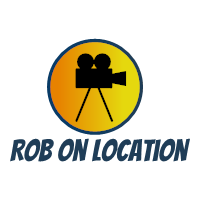 Leave It To Beaver

Leave it to Beaver is one of TV’s all-time classics. The series ran from 1957 to 1963 and has been brought back for a reunion series and a film.

Leave It To Beaver, Seasons 1-2

The first two seasons of Leave It To Beaver were filmed at CBS Radford, then known as Republic Studios. The Cleaver house was a facade built on the backlot.

The facade is long gone, but check out this Retroweb link to see some photos of the house and backlot.

Leave It To Beaver, Seasons 3-6

Starting in season 3, production moved to Universal Studios. The change in location was written into the story by having the Cleavers move houses. This explained the change in surroundings around the house. The Retroweb link also has lots of historic photos of the Universal locations.

The house remained on the Universal backlot, and was later used for the series Marcus Welby, MD. In the 1980s, Universal relocated it’s Residential street and the houses to a new area of the lot. At that time, the Cleaver house was actually moved to a different and mostly unused portion of the backlot. It was not general seen on tours.

In May 2022 I had the chance to visit the Universal lot, and was looking forward to seeing the original Leave It To Beaver house, even if it was in bad shape. As we drove up to the location where it stood, we saw something unexpected… it was gone. Even my guide wasn’t aware, but it turns out the house was sadly torn down only a week before. This means the house is now gone forever, only to be seen in reruns.

This is the location on the Universal lot where the house once stood.

In 1983, CBS Brought back the cast for a made-for-TV movie called Still The Beaver. This movie reunited the main cast, with the exception of Hugh Beaumont who had passed away the year prior.

Due to the success of the movie, it was continued as a series (renamed after season 1 to The New Leave It To Beaver) which ran for 4 seasons.

The TV movie and the first 3 seasons were once again filmed at Universal Studios in Hollywood. The Universal courthouse could be seen in a couple episodes.

In an effort to boost the new Universal Studios Florida, the series production was moved to Orlando. The final season, consisting of 19 episodes, were filmed there on stage 23.

This video shows some behind the scenes footage of the 100th episode. The video shows an indoor recreation of the house exterior inside the soundstage, indicating they may not have used a backlot for the last season. You can also check out this Orlando Sentinel article for more details about the show.

The Leave It To Beaver Film

In 1997, a feature film reboot of Leave It To Beaver was released. The film featured an entirely new cast taking on the iconic roles. Barbara Billingsley did make a cameo as Aunt Martha.

For this film, the Cleaver house was recreated on Universal’s Colonial Street, where many of the original residential facades were relocated in the 80s. This version of the Cleaver house is the one seen on Universal’s Backlot Tram Tour, although they usually don’t mention it is different from the house featured on the original series. It is located across the street from The Munsters house. The house and street were also featured extensively on Desperate Housewives.

In 2016, ABC launched a new sitcom called American Housewife. The show featured a house nearly identical to the Leave It To Beaver house. This lead many to assume the show was filmed at Universal and was using the same house.

American Housewife is actually filmed at CBS Radford, ironically the same studio that Leave It To Beaver filmed it’s first 2 seasons. The house used on American Housewife is located on the CBS backlot. However, it doesn’t resemble the original Cleaver house that was located here. I have personally visited both the Universal and CBS houses, so I can confirm they are definitely different houses, with slight differences in architecture.

I haven’t been able to find any conclusive info as to why this house so closely resembles the Cleaver house. I’ve heard a few theories about it, but nothing that I can confirm, so I will update this page if I learn anything concrete.

Here you can see the Leave It To Beaver and American Housewife houses side by side to compare.

Processing…
Success! You're on the list.
Whoops! There was an error and we couldn't process your subscription. Please reload the page and try again.
Follow me:
(Visited 2,099 times, 1 visits today)
Share with your friends:
Posted in TV Shows